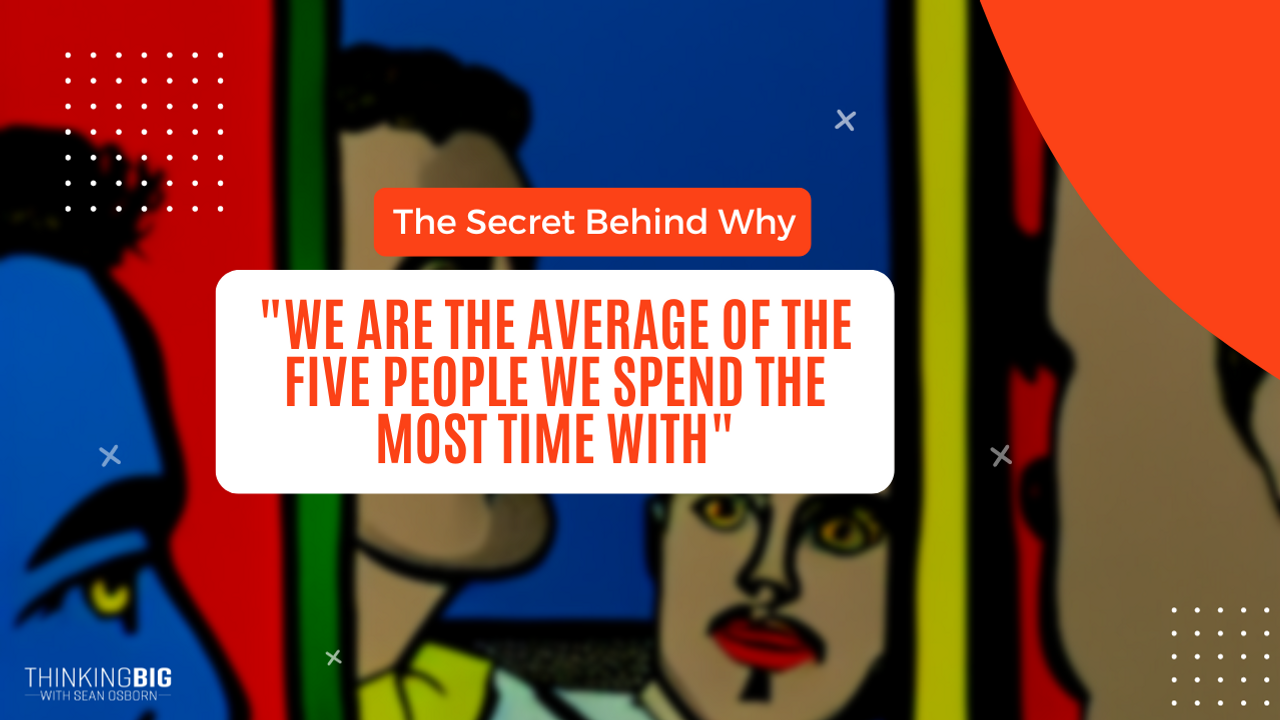 We have all heard the quote “We are the average of the five people we spend the most time with” and "There is power in proximity".  But what many people don't know is why this happens.

Today we are going to talk about the built-in human technology behind this called our Mirror Neurons and find out how they play an important role in who we become.

1. What are Mirror Neurons and How do they Work

2. Where did Mirror Neurons Come From

3. The role of Mirror Neurons in learning

4. The Power of Proximity: How to Use Mirror Neurons to Your Advantage

5. Hacking into our Mirror Neuron Technology

What Are Mirror Neurons and How Do They Work:

Mirror neurons are a type of brain cell (Neuron) that fire when we observe someone else performing an action as if we were doing it ourselves.

For example, if you watched someone jump out of a plane and parachute on TV or in a video, the mirror neurons in your brain will fire, and your brain sees you doing and experiencing the same exact thing. You might even get some butterflies watching it, or feel anxiety as they jump from the plane.

Mirror neurons in our brain create a mental simulation of that action. This simulation activates the same exact neural pathways that would be activated if we were actually performing the action ourselves. In other words, seeing someone else perform an action tricks our brain into thinking we are performing that action too.

Ultimately this even affects what we do. Have you ever noticed people that start watching HGTV, actually start doing projects? The next thing they know they have demoed all the walls out of their house.

Where did Mirror Neurons Come From:

Mirror neurons were just recently discovered (relatively speaking), first discovered in monkeys in the 1990s, but since then they have been most definitely found in humans as well. This is just the science catching up and explaining the "HOW" of things we have known since the beginning of time with quotes like:

And "There is Power in Proximity"

The Role of Mirror Neurons in Learning:

Mirror neurons also play a role in social learning; we imitate the actions of those around us in order to learn new skills. This is why we learn best when we are able to see and copy the actions of others.

The Power of Proximity: How to Use Mirror Neurons to Your Advantage

Look around for yourself, everyone surrounds themself with people like them.

You have probably heard the expression "birds of a feather flock together" That quote can be traced to a 1545 work, written by William Turner.

Hacking into our Mirror Neuron Technology:

We can use this knowledge of how they work and use it to our advantage by purposely surrounding ourselves with people who are where we want to be.

If you want to be a CEO, science says you should see what current CEOs are doing, what books are they reading, what conferences are they going to, where are they playing golf. Find a way to get in proximity.

I once heard a story about someone that had lost everything and had to start over. Every time he could save up $500 dollars, he would go to a really nice restaurant and order a great meal and bottle of wine.

I challenge you to find ways to use hack your mirror neurons to see the things you want in life. 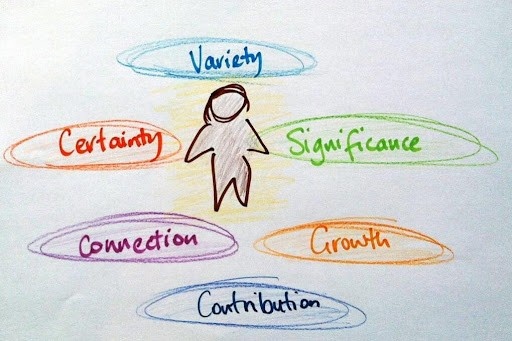 Why is understanding your DRIVING FORCE so important?

Your driving force is what underlies and motivates  every choice, every belief, and every decision we make.

Because they are the driving force behind any person’s behavior, understanding the needs and the vehicles used to meet them, we will have a better understanding of why life is the way it is currently and more importantly, how to facilitate change. 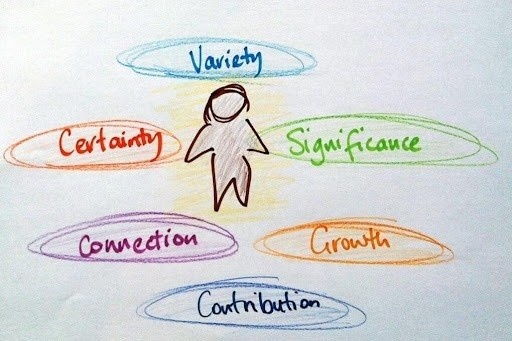 The 6 Basic Human Needs Assessment finds your top core needs – and then explains how to improve and balance your life.

You’ll get your personal and detailed results and It’s 100% free. There are quite a lot of questions (84 to be exact), but seeing results is really worth it!